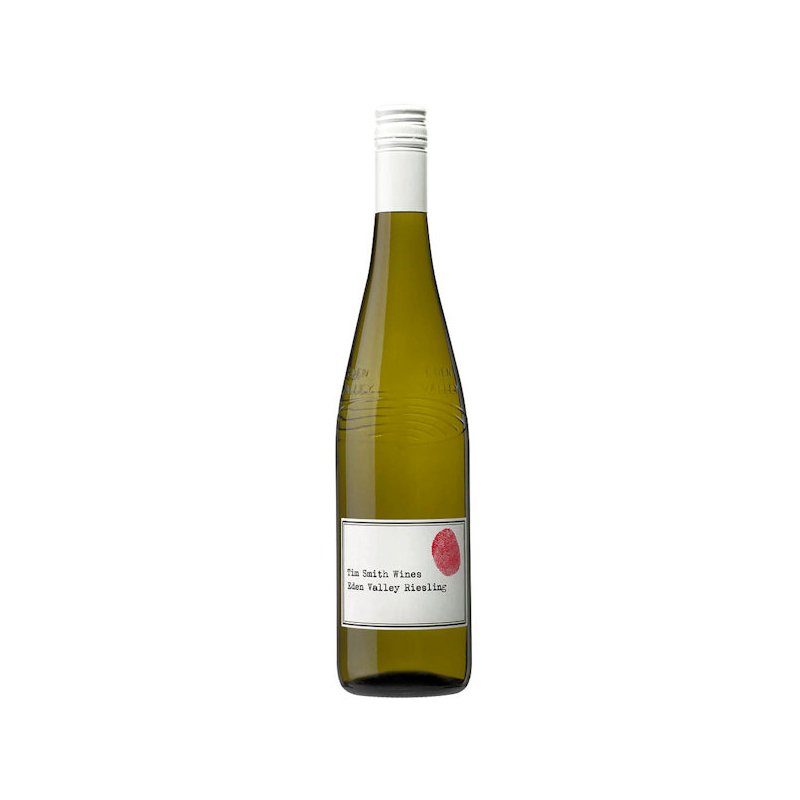 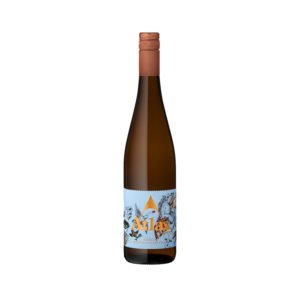 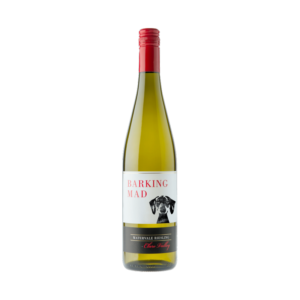 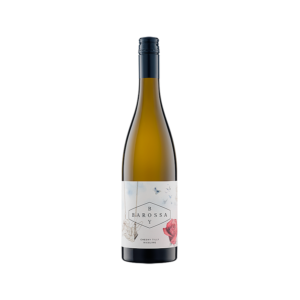 A classic riesling from the Barossa’s cool climate Eden Valley. Crisp and bright, zinging with acidity and lemon and lime sunshine.

Around the same time that Barossa Boy Wines was launched, little Tilly, the Boy’s first child, was born. She’s a seventh generation Burge of the Barossa terroir, yet her own character is as unique as a single vintage. This Riesling is a tribute to the wild-haired, spirited girl and all her stories yet to be told.

Fruit is sourced from the Barossa’s Eden Valley, where the cooler climate offers the slow ripening under which Riesling’s flavours really bloom. Crisp and bright, zinging with acidity and lemon-and-lime sunshine, this is the epitome of a ‘cheeky Riesling’ to share with loved ones. A portion of the fruit is dry-grown, intensifying its Eden Valley hallmark floral and citrus characters.

THE STORY OF THE BOY

A sixth generation Barossa winemaker, our founder Trent Burge grew up in and on Barossa soil, from backyard to vineyard and cricket pitch. Barossa Boy crafts stories in wine that reflect the best of the region’s legendary characters. Each vintage brings the anticipation of a new chapter, and the opportunity to bottle the season’s tale from bud to harvest. 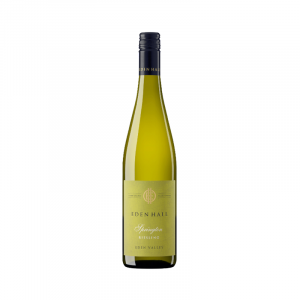 The 2021 Springton Riesling was picked from block 8 of the Eden Hall vineyard with only the free run used. It is pale straw and the nose displays musk, rose petals and lemon zest. The palate is long lingering lemon over subtle lime. An Eden Valley Riesling to drink now or lay down for years
to come.

The medical profession features prominently in the Australian wine story. David Hall, a consultant Spinal Surgeon, followed the path of other medicos before him who went beyond developing a taste for good wine to wanting to produce his own fine wine. In the early 1990’s he and his wife Mardi began exploring the beautiful Eden Valley in the Barossa high country.

Compared to the Barossa floor, vineyard plantings were relatively sparse in the Eden Valley, scattered strategically amongst the rugged rocky outcrops and ancient majestic red gums. Eden Valley was already well recognised as a premium producer of Riesling maintaining a healthy rivalry with the Clare Valley as the two most eminent Riesling producing regions in Australia. However, the Eden Valley was also developing a reputation that is now well established for cool climate reds displaying finesse, elegance, and understated power.

None of this was lost on David and Mardi Hall who could see that the Eden Valley high country offered the ideal environment to grow premium fruit and make wine in order to realise their dream. They were therefore very privileged to purchase the Avon Brae property in the Eden Valley in 1996, along with its historic homestead. Avon Brae had been home to a vineyard of Cabernet Sauvignon, Malbec and Riesling prior to the vine pull in the 1970’s. It was subsequently a diary and then a sheep grazing property. While still maintaining sheep and wool production, David and Mardi set about re-establishing the vineyard. It now has over eighty acres of plantings including the red varieties Cabernet Sauvignon, Shiraz, Merlot and Cabernet Franc, and the white varieties of Riesling, Viognier, and Grüner Veltliner. The fruit from the Eden Hall vineyard has consistently made exceptional quality wines, with the first commercial production from the outstanding 2002 vintage released in 2004. It was particularly gratifying for Eden Hall to enter the James Halliday Wine Companion as a five-star winery from the outset.

David and Mardi’s guiding principles are the pursuit of excellence and sustainability. It has always been the expectation that Eden Hall wines would sit comfortably and proudly at any table in the world. As a boutique wine producer, the Eden Hall brand is now becoming recognised, appreciated, and understood – a source of great pride for David and Mardi Hall. 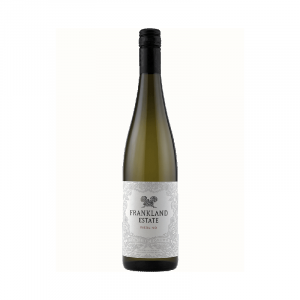 The joys of spring in a glass. Fresh and floral with hyacinth, iris, pears, apples, roses and something a little peachy all combine in a wine with more depth than you may anticipate.
Rich in the mouth with the floral stepping back on the palate and much more of the apples, pears and peaches taking the stage. I would advise getting a little lively with your food matches, there’s plenty of flavour and weight to work with and also crisp acidity to keep it all fresh. Start marinating stuff and chuck it on the grill, let your inner Jamie Oliver fly with big squeezes of citrus and freshly chopped herbs and serve with a big glass of this.

Buried deep in the heart of Western Australia’s most isolated wine region, Frankland Estate is as much apart of its natural landscape as it is a winery.

Located 250km east of Margaret River and inland from the wild and picturesque Great Southern coastline, we take our role as custodians of our land very seriously. We have invested a lot of time and energy into minimising our impact on the ecological balance of the region, nuturing the micro-biology of our soils and supporting causes to improve the health and future prosperity of our local fauna and flora. 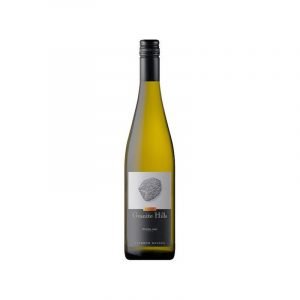 Granite Hills Riesling has been awarded 35 Trophies, including the Major Royal Melbourne Wine Awards Trophy “The Victorian Trophy for wines of Provenance”- firstly in 2014 and again in 2017. 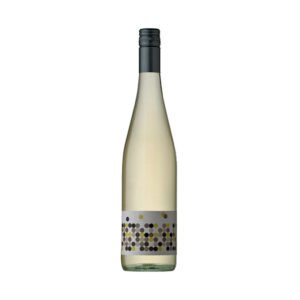 KT 5452 Riesling 2020 Gathering fruits from vineyards in the surrounding Watervale area, including the peglidis vineyard, this Riesling is a unique blend that is a true celebration of the region. This dry Riesling and its zesty fruit flavour, shows varietal citrus and punchy fruit characters with a crisp finish.

Sealed with a screwcap to ensure integrity of product, you can be confident that this wine will continue to reward you with careful cellaring.
The Vineyard
The Peglidis vineyard has been carefully tended by the same custodians for the last forty-nine years and is an important wine growing source for wines by KT.

With its chocolate loam soil over limestone, the soil has great water holding capacity to ensure healthy vine canopy as fruit protection. This all makes for grapes in excellent condition and health. The word ‘Pazza’ in Italian is the feminine version of CRAZY. Fittingly, this is my wild fermented, preservative-free, unfined, unfiltered, Riesling sourced from the dry grown Watervale Peglidis vineyard. This wine is oxidatively handled and fermented in a blend of stainless steel and fifteen-year-old French oak barriques for 12 months. This slightly off-dry style has savoury qualities that show that Riesling can indeed come in many different shapes and sizes.

Sealed with a screwcap to ensure the integrity of the product, you can be confident that this wine will continue to reward you with careful cellaring. 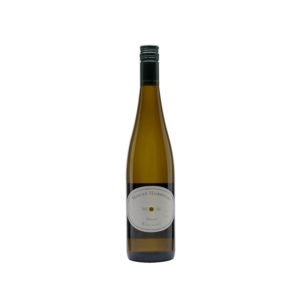