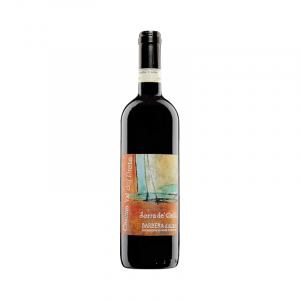 Fermented and aged in stainless steel tank, this stunning Barbera D’Alba is bright and fresh, with impressive depth and concentration.

“Val del prete”, a name with ancient origins. The story tells, in fact, that around 1850 the walls of the farmhouse were inhabited by the abbot Felice de Grèsy forced into exile. However, the first news dates back to a hundred years earlier, when the farmhouse was owned by the Countess of Cornegliano Adelaide Cristina Perez Binelli, wife of Paolo Giuseppe Giza Asinari de Grèsy. Since then the estate was handed down by inheritance until 1977, when it was bought by Bartolomeo Roagna di Priocca d’Alba, at the time a sharecropper on behalf of the de Grèsy family. Although in those times there was the phenomenon of emigration and abandonment of the countryside, Bartolomeo, together with his wife Carolina and children, believing in the potential of these lands, decided to plant his first vineyards of Barbera and Nebbiolo in the amphitheater in front of the farmhouse. allocating the production to the sale of grapes and bulk wine. He also dedicated the remaining part of the land to the cultivation of peaches, and the flat lands to arable land, from which to obtain the sustenance for the calves raised in the farm’s stable. The diligence, dedication and intuition assisted him, and over the years they allowed him to expand the property, buying other neighboring land to be used as a vineyard. So it was that, with the help of his sons, he planted the Arneis variety, a native Roero vine, which had recently returned to the fore. Only in 1995 did his son Mario, supported by his wife Maria Carla, take over the reins of the company, deciding to abandon fruit growing and breeding, devoting himself exclusively to viticulture and the production of quality wines. Shortly thereafter he chose to follow the path of natural agriculture and to bottle the entire wine production. Since 2013, the current 10 hectares of vineyards planted with Arneis, Barbera and Nebbiolo are certified organic. Time flies, and since 2010 his son Giovanni took part in the family business, bringing a fresh breath of enthusiasm to the production process.

Ferdinando Principiano’s family has been farming in the Langhe for generations. At the moment the estate is comprised of 20 hectares, including choice old-vine parcels in the aforementioned Ravera di Monforte and Boscareto, a historical vineyard in Serralunga that abuts the famous Francia vineyard of Giacomo Conterno. The other holdings are of Barbera, Dolcetto, as well as the enigmatic white Piedmontese grape Timorasso. Ferdinando began converting his vineyards to sustainable practices in 2003, and currently the only treatments used in the vines are copper and sulphur, and only when absolutely necessary. In an effort to increase the surrounding biodiversity, Ferdinando has been building a pond across from the Boscareto vineyard, an oasis for migratory birds and other fauna. This dedication to nature extends to the cellar, with minimal intervention and only small additions of sulphur at bottling. The vinification is decidedly old-school, with long submerged-cap macerations and elevage taking place only in older wood barrels of 20 to 40 hectoliters. Across the whole range, the wines are beautiful: fresh yet deep and complex, and exhibiting the same lively energy as the vineyards they come from and the person who cares for them. 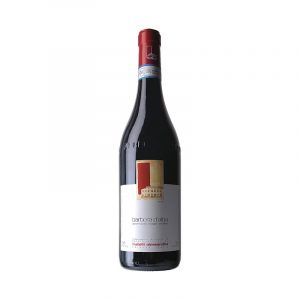 This historical Barolo winery was founded at the beginning of XIX century.

It got two important prizes at the agrarian competition held in 1843 on the initiative of King Carlo Alberto. An article on the Gazzetta Ufficiale of the Associazione Agraria of 2 November 1843 reports of the two golden medals that the winery was awarded and reads: “for the improvement in wine making through the method of condensation, that is being used in the royal winery as well by the oenologist Staglieno, and for the successful expeditions of their wines overseas.”. The second one, obtained on a par with Camillo Benso Cavour Conte, reads: “for the best method to arrange winery”

Since 1870 the winery belongs to Alessandria family.

Barbera is the most widespread variety in Piedmont. Fratelli Alessandria make a balanced round Barbera d’Alba from their vineyards in Verduno town. It is typically fruity and vinous.