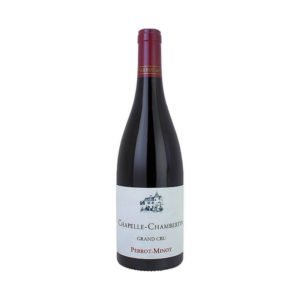 The origins of the Perrot-Minot estate date back to the middle of the 19th century, when the vineyards of the Sigaut families in Chambolle-Musigny and Morizot in Morey-Saint-Denis, through the interplay of marriages and inheritances, found themselves united in the hands of Esther Morizot and d’Amédée Merme. The latter, a former soldier, developed the estate at the beginning of the 20th century.

Today, 4 generations later, Christophe Perrot-Minot is at the head of the 12 and a half hectares of the estate which cover many appellations of the Côte de Nuits including 7 Grands Crus from Gevrey-Chambertin and Clos Vougeot as well as 14 Premiers Crus mainly on Nuits-Saint-Georges and Chambolle-Musigny.

Mr. Perrot-Minot cultivates his vines with the greatest respect for the environment. This is why he does not use any synthetic product, which gives his wines the mention resulting from organic farming.

In 1999, Christophe Perrot-Minot decides to set up a trading structure in order to complete his range of wines. The vinifications are carried out in accordance with the rules of the art in order to best express the exceptional potential of these magnificent terroirs.

Chapelle-Chambertin is a Grand Cru appellation of Côte de Nuits in Burgundy. Its hectares are devoted to the cultivation of Pinot Noir which allow the development of ruby ​​red wines with aromas of red fruits, licorice and spices; elegant wines, representative of the great Burgundy wines.

This Domaine Perrot-Minot Chapelle-Chambertin 2015 is an expressive and lively vintage with notes of blackberry and violet. The tannins are supple and fine which harmonize perfectly with the freshness of the vintage.