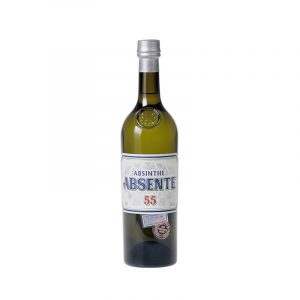 Absinthe is very characteristic. This is a clever blend of absinthe, artemisia, green anise and balm : delicate, sweet and slightly spiced.

Absente is issued from the distillation of Artemisia Absinthium associated with the subtle blending of alcohol, mugwort infusion, star anise essence, balm, peppermint and anise distillates… With its limpid and bright color, Absente was the first legal absinth liqueur containing thujone launched in 1998.

Absinthe, nicknamed “green fairy” and banned in 1915, was authorized again in 1988. It is only in 2011 that its level of thujone (molecule present in the plant which, in strong dose, was supposed to make mad) is fixed at a maximum of 35 mg/kg. Very appreciated for its taste of wormwood and its green reflections, this alcohol seduced many artists of which Van Gogh, Baudelaire, Toulouse-Lautrec, Picasso, Oscar Wilde… The famous tasting ritual is still practiced according to the tradition, by pouring water on the absinthe, through a perforated spoon supporting a sugar. Absinthe is made by macerating plants (grand wormwood, petite wormwood, green anise, fennel,…) in a mixture of alcohol and water, followed by a distillation. It contains between 55 % and 75 % of alcohol.

The Distillery
Distillerie de Lure, founded in 1898 at Forcalquier, in Provence, knew a succession of owners for nearly 80 years, amongst whom was Henri Bardouin, a man with a passionate interest in plants and herbs. Then in 1974 Alain Robert and his small team took the helm of the company now known as Distilleries et Domaines de Provence. Certain emblematic brands have existed since the first days of the Distillery, and other have been created over the years to correspond to the evolution in tastes and drinking habits.

Today our specialities are sold in over 78 countries all around the world.

Why Distilleries et Domaines de Provence are established at Forcalquier?

The company has a rich past. It is heir to a tradition that developed in the region of Forcalquier at the foot of the Lure mountain dating back thousands of years, that of the travelling apothecary. And it is this link that it has maintained with the place and practices of its origins which gives the Distillery its strength.

A paradise for botanists

The geographical situation of the Lure mountain, between the Alps and the Mediterranean, means that this area benefits from a unique climate ideal for the development of all types of plants.

“The Alpes de Haute-Provence department is rich with some of the most abundant and varied flora in France, and is no doubt unique in the number of plant and botanical groups to be found there.”

In 1896 a botanist named Théodore Coste wrote that “there were as many different varieties of plants in this countryside dominated by the Lure mountain than in the lands between the Mediterranean to the northern shores of France.”

Naturally, plants were used therapeutically and had been gathered for this purpose since Neolithic times, eight thousand years ago. Phytotherapy remedies used today have their origins in this period.

It was a science that developed at the time of the Greeks and the Romans, with practices that used plants for their therapeutic value but also for their magical qualities.

The wealth of plant species on the Lure mountain allowed many different professions to emerge in the region of Forcalquier – from the first herb gatherers to travelling apothecaries, then pharmacists and later, the distillers. 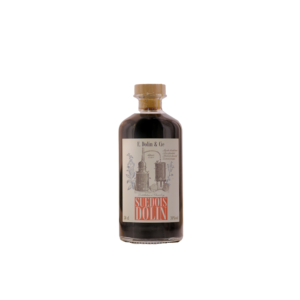 Dolin & Cie Suedois Dolin. A traditional digestif from the French Alps that started life as a medical elixir capable of “remedying over 46 diseases”. Joseph Chavasse, founder of La Maison Dolin, saved the recipe from oblivion and decided to market it under the name “Suédois Dolin” in memory of the doctor who first used it to help his patients.