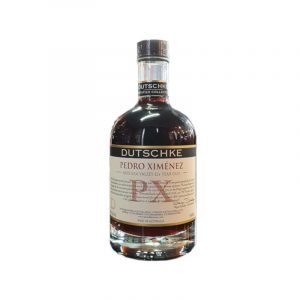 In the past we’ve mentioned our good friends Wally Krieg and his sister Daphne. Both have unfortunately passed away over recent years. Wally was 83 years of age and Daphne 90. Both lived good, humble lives on the old farming property on the corner of Gods Hill Road and Krieg Road just down the road from our home and winery. This farm had been in the Krieg family for more than 150 years. On this property Wally grew crops, ran sheep and managed a 20-acre (approx. 8 Hectares) vineyard planted by his father back in the 1920’s and 30’s. It is from this vineyard we take Shiraz each year to blend into the Gods Hill Road Shiraz.

Pedro Ximénez (PX) was another grape variety in Wally’s vineyard, one of the two main grape varieties grown in the southern wine area of Jerez, Spain, where Sherry is produced. The other major variety is Palomino. Both are relatively high yielding white grapes that love to grow in warm, dry conditions, so they are suited perfectly to growing in the Barossa as well as southern Spain. Pedro, when not blended with Palomino, is often used to produce famously rich and luscious fortified wines.

In the early 2000’s Wally was finding it difficult to sell his beloved Pedro grapes, as many wineries were no longer making fortified wine and Pedro, when turned to dry white wine is typically neutral in flavour. So Wally made the decision to slowly start grafting the old vines across to Shiraz.

In both 2005 & 2006, knowing that these vines wouldn’t be around forever, we chose to purchase the Pedro grapes and turn them into a sweet fortified wine, to age in barrel until we could decide how or where we’d use it. Now, 12+ years on we’ve made the decision! Both the 2005 & 2006 Vintages have been blended together to give us a scrumptious old fortified wine.

We trust you’ll enjoy it! 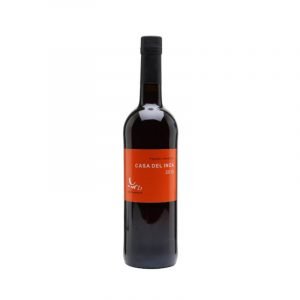 This is another historic style that the Navazos team brought back. It’s a wine inspired by the time, many moons ago, when Pedro Ximénez was often a vintage wine and released without extended ageing, and therefore without the resulting rancio characters that such maturation brings.

This comes from the stocks of Pérez Barquero in the D.O. Montilla-Moriles and is derived from late-harvested and dried PX grapes from one of Montilla’s best single vineyards. Fortification is carried out only with top-quality, wine-based spirits. After 18 months resting in the traditional, large, cone-shaped amphorae of the type that has been used in Montilla-Moriles for centuries (locally called tinajas or conos), the wine is released as an ultra-pure, viscous, incredibly intense and naturally sweet dessert wine.

For those new to this wine, this isn’t your opaque, black, rancio style of PX. Instead, you can expect a bright and perfumed, amber/brown coloured wine of wonderful vibrancy, fruitiness and freshness with dried raisin, leatherwood honey, cold tea, nutmeg, molasses and fresh resin notes. Of course, it is very sweet (415 grams per litre of natural sugar if you don’t mind!) yet it’s balanced by just the right amount of acidity. The wine can be utilised in exactly the same way as an aged PX; served with coffee, tea or with chocolate desserts. Like Navazos’ solera PX, it will keep for eons in the fridge.

“The young and sweet 2015 Pedro Ximénez Casa del Inca from Montilla-Moriles is unoaked, matured in concrete vats that are traditional in the region, and wants to show the character of the sun-dried fruit. It’s bottled with 15% alcohol, as the must is fortified, first to 12% and later to 15%, and with some 415 grams of residual sugar. It’s very sweet with aromas of molasses, honey and maple syrup, with a dense palate, great concentration and lowish acidity.” 90 points, Luis Gutiérrez, The Wine Advocate
Product Code 15749-750
Bottle Size 750ml
Region Montilla-Moriles
Producer Equipo Navazos 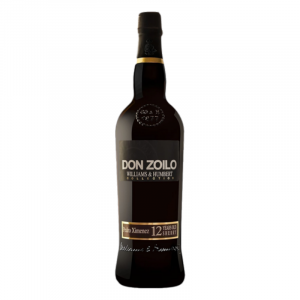 Type of grape: Pedro Ximénez.
Vineyards: Jerez Superior. Pago Añina y Carrascal.
Alcohol content: 18% Alc/vol.
Type of grape: Pedro Ximénez Sherry
Sugar content: 380 g/l
Production: Grapes dried under the sun for 15 days in the drying yards. Must at high pressure in special presses, immediately fortified at 9º C. Decanting and filtering after the first cold treatment. It is then fortified again until it reaches 18 º C, after which it undergoes physical-chemical ageing in the Criaderas y Soleras system for a minimum of 12 years. Tasting notes: Mahogany-black. Characteristic Pedro Ximénez, raisin and fig nose. Low acidity, very sweet and with a long finish. Suggestions for consumption: Magnificent dessert wine and excellent in mid-afternoon. Essential in stylish cuisine.

ABOUT THE PRODUCER
The history of Bodegas Williams & Humbert goes back nearly 130 years. They participated in the creation of the Jerez-Xérès-Brandy Quality Demarcation and are now considered to be one of the world’s most prestigious wine producers.

The winery was founded in 1877 by Sir Alexander Williams, a great admirer and connoisseur of sherry products, and Arthur Humbert, a specialist in international relations.

Since then they have preserved part of the original wines and brandies (soleras) in high quality oak casks. These soleras are the base of the development and ageing of every sherry and brandy produced at Bodegas Williams & Humbert.

In the 1960s José, Nicolás, Jesús and Ángel, members of the Medina family who were working at different Jerez wineries, decided to steer their careers towards creating their own winery: José Medina y Compañía. Founded by José Medina, at first the firm enjoyed the external support of his brothers, who became full-time partners two years later.

Initially the firm focused their energies on international markets and gradually expanded through collaboration agreements with different purchasing companies. In 1979 they established a partnership with the Dutch multinational Royal Ahold through the Associate Company Luis Páez. These association and subsequent collaboration agreements enabled the family to increase their presence in Jerez; a few years later they were amongst the leading companies in sherry sales at international level. From the firm’s foundation, characterized by canny, aggressive business strategies, they started to acquire different brands that strengthened and diversified their capacities. Their latest acquisition was the international group Williams & Humbert, which now lends its name to all the family’s business activities.

The relationship between the Medina family and the Dutch multinational Ahold dates back to 1979, when Ahold acquired a 50% share in Luis Páez S.A. (now Bodegas Williams & Humbert S.A.), a winery owned by the Medina brothers.

In 2005 the Medina family reached an agreement with Royal Ahold to acquire the 50% share that the Dutch firm held in the corporation. Having regained full ownership of the company and its subsidiaries, this acquisition permitted the Medina family to consolidate the management of the business they were already responsible for.