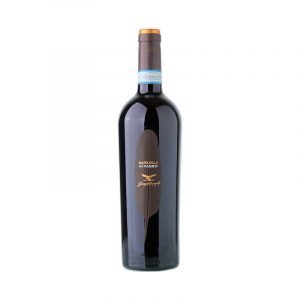 Giuseppe Campagnola’s History and Philosophy
The female presence in wine has always been significant and, historically, many major companies have been guided in their growth and development by a strong woman who, working side by side with her husband and children, has consolidated their work and created the basis for maintaining success and recognition. A name above all: Veuve Cliquot , who became a powerful presence in Champagne thanks to the work of the widow who took the reins of the business after the premature death of her husband.

Veneto has a similar story to tell. The Campagnola family of Marano di Valpolicella was already an established presence in the local wine trade in the late nineteenth century thanks to the work of the founder Carlo Campagnola . After his untimely death, his widow, Caterina Zardini led the house through the difficult decades that followed and left an important patrimony for her children. A further expansion has brought the company to its current 80 hectares of vineyards and a solid place in national and international markets.

An expansion guided by an unmistakable style of the company, which has given the winery a clear identity by generating a large number of loyal customers in the various markets in which it works. Defining the style of the company is not easy, but it is indisputable that the wines have a clear and defined personality. Valpolicella is distinguished by the use of dried grapes for its wines: a large part of the harvest, that used for the Ripasso , Amarone and Recioto offerings , is contained, after harvesting, in special drying structures whose temperature levels and humidity are carefully controlled and whose spaces are regularly ventilated to avoid the development of mold or rot.