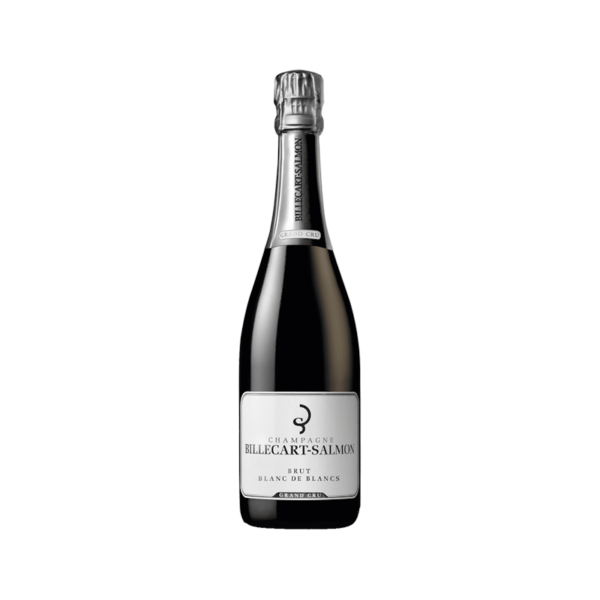 Billecart-Salmon Blanc de Blancs is a chardonnay-based cuvee produced from the five grand cru vineyards of the Cote des Blancs. It is a blend of two different years revealing the special quality of the chardonnay. It will surprise you with its pure intensity of dry fruits aromas, almonds, and fresh hazelnuts mixed with those of fruit. The creamy sensation of the bubble associated to aromas of buttered brioche and mineral aromas. Persistent finish with a fresh and elegant sweetness. Pairs perfectly with fine oysters, grilled fish and seafood or if you’re feeling extra fancy, caviar.

The Billecart-Salmon Blanc de Blancs is a chardonnay-based cuvee produced from the five grand cru vineyards of the Cote des Blancs. It is a blend of two different years revealing the special quality of the chardonnay. It will surprise you with its pure intensity of dry fruits aromas, almonds, and fresh hazelnuts mixed with those of fruit. The creamy sensation of the bubble associated to aromas of buttered brioche and mineral aromas. Persistent finish with a fresh and elegant sweetness. Pairs perfectly with fine oysters, grilled fish and seafood or if you’re feeling extra fancy, caviar.

The champagnes of Maison Billecart-Salmon are above all created thanks to the knowledge of the men who rigorously cultivate an estate of 100 hectares, obtaining grapes from an area totalling 300 hectares across 40 crus of the Champagne region.

The majority of the grapes used for vinification come from a radius of 20km around Epernay, where the Grand Crus of Pinot Noir, Pinot Meunier and Chardonnay co-exist, in the ethereal vineyards of the Montagne de Reims, the Vallée de la Marne and the Côte des Blancs.
It all started here in 1818 when Nicolas François Billecart and Elisabeth Salmon were married, marking the creation of their Champagne House. This has been a family story since the beginning with Louis Salmon, brother of Elisabeth and a passionate oenologist, getting involved in the creation of the wines.

Thus, over 7 generations, each member of the family has endeavoured to continue the family tradition, staying faithful to the same motto: “Give priority to quality, strive for excellence”.
1818
Nicolas François Billecart and Elisabeth Salmon are married. From their union, they decide to found Maison Billecart-Salmon in Mareuil-sur-Aÿ, the family’s home town. Subsequently, Nicolas François joined forces with Louis Salmon, his wife’s brother. He oversaw all the commercial activity whilst his brother-in-law, who was passionate about oenology, dedicated himself to the creation of the wines.

1900
The House took part in the Exposition Universelle in Paris. Billecart-Salmon was one of the sponsors of the famous Palais du Champagne built by the Syndicat du Commerce des Vins de Champagne and in which, next to all the other famous champagne brands, Billecart-Salmon is served by the glass.

1919
Charles Roland-Billecart is demobilised at the end of the war and returns to find an empty House, with stocks of scarcely 75,000 bottles left in the cellars. After several long years he managed to return the House to sales of more than 217,000 bottles per year in 1936.

1958
Jean, the eldest son of Charles Roland-Billecart, initiated a revolution in quality. Inspired by the traditional methods used by brewers, he introduced a longer fermentation at a lower temperature and finally a cold settling as part of the vinification in tanks. This technique maintains the freshness and finesse which are characteristic of Billecart-Salmon wines.

1964
In homage to the House’s founder, the first vintage of the Cuvée Nicolas François was created.

1970
In the 1970s, Jean Roland-Billecart decided once again to work on a champagne which had long been considered second class: a Brut Rosé. His objective was to create a champagne which was very pale in colour and whose flavour is distinguished by its freshness and subtle notes of red berries. The gamble paid off and the Brut Rosé Non-Vintage has since become the House’s flagship cuvée.

1993
In 1993 François, the eldest son of Jean Roland-Billecart, a chess amateur and a fine strategist, took over the running of the House. He embarked upon a radical change for the House by buying back the champagne stocks from supermarkets. This was a crucial choice in order to reposition the brand and concentrate distribution towards independent retailers and fine dining establishments.

1995
The Clos Saint-Hilaire cuvée was created in 1995.
After many years of meticulously tending the vines, the harvest in 1995 was remarkable: this is the first vintage of this cuvée which is a one of a kind. In honour of the patron saint of the church in Mareuil-sur-Aÿ, it was baptised the Clos Saint-Hilaire. Since then, each bottle has been individually numbered and each vintage is made up for between no more than 3,500 to 7,500 bottles.

1999
The 1959 Vintage was named the “Champagne of the Millennium” by a jury of experts following a blind tasting of 150 vintages from the greatest Champagne Houses organised in Stockholm by Richard Juhlin. The 1961 Vintage, for its part, came second.

2000
The creation of a new cuverie.
It was a major choice to concentrate on small thermoregulated tanks which make it possible to observe the traceability of grape varieties and individual parcels.

2010
A return to the ancestral methods of vinification carried out by the House was made a reality by a majestic chai made up of more than 400 small and 2 large oak casks. A richness and an aromatic complexity combine to enhance the style of the vintage wines or the Brut Sous Bois.

2018
The inauguration of the new chai à foudres. In a continued quest for excellence, 24 large oak casks that hold 80 hectolitres have been rigorously selected from amongst the best coopers.

2018
The House is celebrating 200 years of independence and expertise over the past 7 generations.
The Bicentenary Cuvée has been specially blended for the anniversary and will be available in limited edition, only 1818 individually numbered magnums will be available across the world. 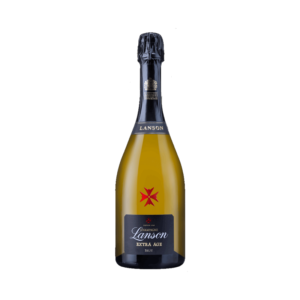 Lanson Extra Age Brut is a blend of three exceptional Vintages bringing together the best Champagne Crus : 2004, 2005 and 2006. Blended and matured in Maison Lanson’s historic cellars, the blend has waited more than five years to achieve its ultimate expression. The harmony and balance of this Lanson Extra Age Brut NV wine give full expression to the power of the Pinot Noirs from the finest areas of Verzenay and Bouzy. The Chardonnays from the Cote des Blancs: Choilly, Avize, Oger and Vertus, in all their diversity, add a touch of finesse. On the palate, the attack is ample, the body generous and complex and the finale the epitome of finesse and freshness. 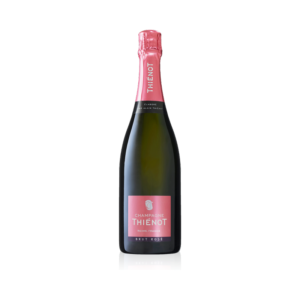 45% Pinot Noir including 7% of Red Wines from old vineyards, 35% Chardonnay, 20% Pinot Meunier
Light orange-pink. Lively red berry and orange zest aromas are complemented by musky rhubarb. Dry and taut on the palate, offering bitter cherry and redcurrant flavors and a touch of licorice. Finishes on a tangy note, with good cut and length Brut Premier Cru is aged for 5 years in a cellar before undergoing a late disgorgement. The Brut is the result of a harmonious blend of three varieties of grapes: 50% Chardonnay, 30% Pinot Noir and 20% Pinot Meunier. It is enhanced with a small amount of sugar, 6.5g/litre. This Champagne has tastes of white fruits, crystallised fruits, spices and honey. 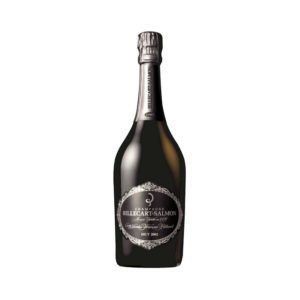 Billecart Salmon Nicolas Francois 2006 A hint of struck flint reduction makes way for the icy brightness of grapefruit zest, lemon, white peach, then the warmth of figs, and later, yellow summer fruits. A decade in the cellar has set down layers of toast and nuts, even wood spice. Refreshing acidity takes time to uncoil, and minerality rises slowly, super fine, confident and taut, surging on the finish in a cascade of chalk that lingers, undeterred, for minutes. 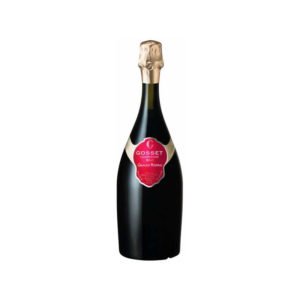 Gosset Grande Reserve NV. A blend of Chardonnay (45%), Pinot Noir (45%) and Pinot Meunier (10%)—shows an intense, ripe and aromatic yet vinous bouquet with white and delicate red fruit, floral, brioche and nutty expressions. Full-bodied, dry and very fresh, this is a firm, complex, finessed, fruity, round and stimulating cuvée with a good, tight and slightly salty finish.

Gosset, founded in 1584, is the oldest wine house in Champagne. In 1584, Pierre Gosset, alderman of Aÿ and wine-grower, made still, mostly red, wines from the grapes he harvested from his own vines. In those days, two wines vied for pride of place at the table to the Kings of France: the wine of Aÿ and, from some hundreds of leagues further South, the wine of Beaune. Then, in the 18th century the wine made in around Aÿ began to bubble and the Gosset family turned naturally to the production of champagne. 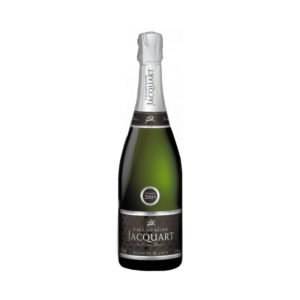 This vintage release from Champagne Jacquart is made with 100% Chardonnay grapes. Suggestions of delicately fresh citron, star anise, iodine and lemon core on the nose. Swirling reveals fruity notes of pear, white peach, fresh grape, grapefruit and rhubarb. Point of entry on the palate is clean and fresh with creamy, soft effervescence. The palate is fleshy and crisp with minerality that is both limestone and sandy and imparts honesty, salinity and length. The finish is suffused with lemon and adds wonderfully concentrated, fleshy and deliciously saline drive. 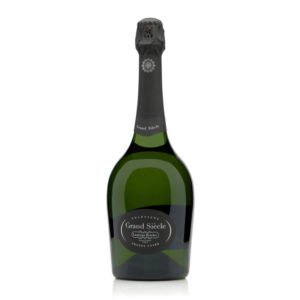 Bottled in a replica of a 17th Century bottle evoking the radiance of that period, Laurent Perrier’s prestige Cuvée embodies luxury, magnificence and elegance. A blend of Pinot Chardonnay and Black, with the latter being slightly dominant.

For the Rolls-Royce of Champagne blending you can’t go much higher than Laurent-Perrier’s luxury Cuvée Grand Siecle. It will please serious drinkers with it’s delicate balance and honeyed, hazelnut flavours. The Vauversin family have been making wine in the Grand Cru village of Oger since 1640.

Laurent Vauversin is the current custodian, having recently taken over the family business from his father Bruno. Laurent’s grandfather took the decision to start making wine on a commercial scale back in 1930 and 84 years later Laurent is continuing the family tradition of growing and producing great Champagne.

The 3ha vineyard in Oger sits on the chalky Côte des Blancs escarpment South of Epernay, an area renowned for its impressive Chardonnay Champagnes. The Laurent’s attitude and ethos towards wine making is clear; be less intrusive, simpler and allow the full flavour and incredible subtlety of the Chardonnay grape assert itself. This ethos is typified in the vineyard’s ongoing organic conversion effort. 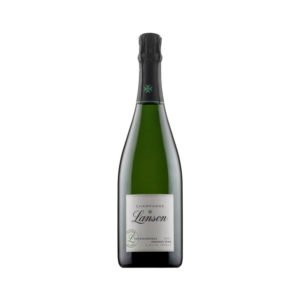 Rich yellow gold, with fine lively bubbles. The nose is intense with notes of citrus, peach and blackcurrant, a touch of spice, and all underlined by a mineral soul. Ripe flavours abound on the creamy but delicate palate, pear, plum and a dash of tropical fruit. This finish is long, fresh and impressive, gently framed by spices and exotic fruits. Wow, driven by its mineral purity, Lanson Green Label Champagne expresses the quality & uniqueness of its terroir 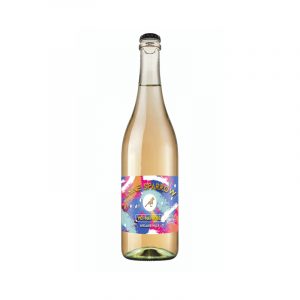 Nothing added nothing taken away. Lone Sparrow Rose is made from premium pinot noir grown in Adelaide hills. Natural ferment in bottle. Undisgorged. Its cloudy as this style is not filtered and not fined. Contains minimal sulphites. 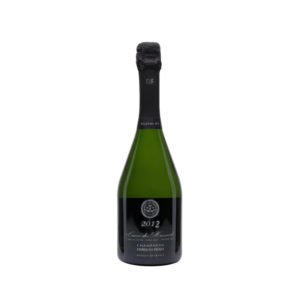 Named after the light cavalry of Napoléon Bonaparte, in which the soldiers were the first to use the art of sabring, the Cuvée des Hussards is powerful and expressive. This cuvee was elaborated from 85% Chardonnay and 15% Pinot Noir coming from Premier and Grand Cru vineyards older than 40 years old. 2012 is regarded as the vintage of reference of the last decade.

“Pale and lively. Straight up the nose. Quite different from the wines so far. More lively and tense but good undertow. Fruit not oak expressed here. Racy with depth and undertow. Vibrant “17/20 Jancis Robinson 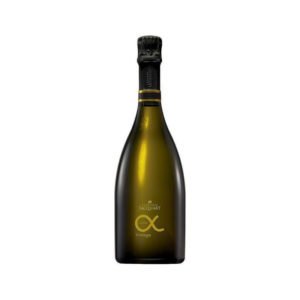 Its elegant allure is highlighted by notes of honeysuckle, lime and buttercups followed by a fruity palate with hints of raspberry, orange marmelade, lemon, cherry and blackcurrant with hints of liquorice and black pepper. Reveals itself through a chalky minerality, orchestrating with panache and delicacy the velvety, tactile sensation which is subtly touched by a saline hint. On the finish it is fresh and smooth with an underlying citrus acidity of grapefruit.