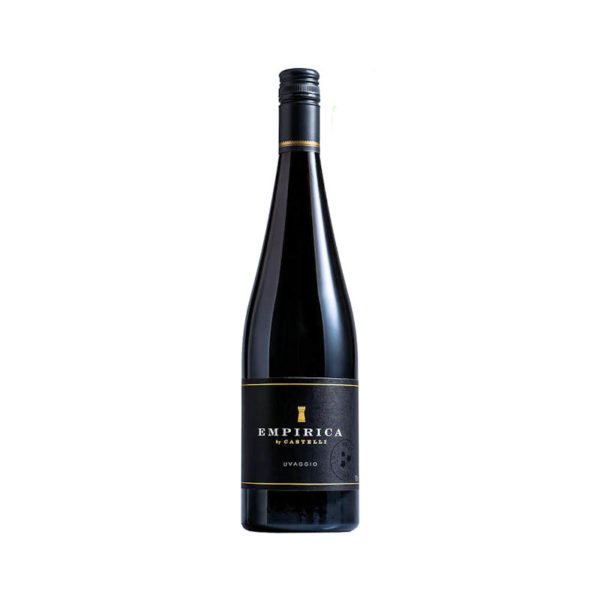 Castelli Empirica Uvaggio 2016 – It is clear after making this wine why the Southern Rhone and Chateauneuf du Pape region goes crazy for blends of these varieties. The plump, juicy sweetness of the Grenache gives a lovely core that matches perfectly with the rustic tannins and earthiness of Mourvedre. Add a dash of spicy cool climate Shiraz to the blend and the wine provides no end of intrigue. Our winemaking was oriented to focus on achieving complexity by concentrating on highlighting the savoury aspect of the wine. The aim of Uvaggio is to encapsulate a true regional blend, to express the uniqueness of dry grown Western Australian bush vines. Enjoy it’s richness of fruit character in its youth or wait for several years to see the savoury core come to the fore.

Castelli Empirica Uvaggio 2016 – It is clear after making this wine why the Southern Rhone and Chateauneuf du Pape region goes crazy for blends of these varieties. The plump, juicy sweetness of the Grenache gives a lovely core that matches perfectly with the rustic tannins and earthiness of Mourvedre. Add a dash of spicy cool climate Shiraz to the blend and the wine provides no end of intrigue. Our winemaking was oriented to focus on achieving complexity by concentrating on highlighting the savoury aspect of the wine. The aim of Uvaggio is to encapsulate a true regional blend, to express the uniqueness of dry grown Western Australian bush vines. Enjoy it’s richness of fruit character in its youth or wait for several years to see the savoury core come to the fore.

2016 was one of the most varied vintages in
years for the Southern Regions in WA. An
early budburst followed by a relatively hot dry
Spring and mild Summer saw early flowering
and fruit set, every indication was for one of the
earliest and quickest vintages on record, some
Sparkling fruit was received in late January
which is our earliest ever fruit intake. However
heavy rain mid-January and onset of cold night
time temperatures slowed sugar accumulation
but in turn helped flavour development.
Selection of picking date and fastidious vineyard
management was crucial in 2016 with narrow
ripening windows and some disease pressure.
Riesling and Chardonnay were exceptional
and Frankland River reds were the pick of the
harvest.

The quaint country village of San Giorgio a Liri, in Italy’s Lazio region, was Sam and Maria Castelli’s birthplace.

It’s a farming village that is home to many grain, corn and sunflower producers, but it was in the region’s vineyards that the Castelli family’s passion for wine developed.

In 2004, the Castelli’s dream of a family-owned winery became a reality when, upon the slopes of Mt Shadforth, the Castelli Estate property was purchased – A 120 acre farm which overlooks Wilson’s Inlet, Mt. Lindesay and the lush countryside around Denmark.

The property was acquired with a semi-complete winery which, with the family’s extensive construction and engineering experience, was later completed in 2006. With a strong commitment to quality, the next twelve months were spent putting together a highly talented winemaking team.

The Castelli family enticed winemaker Mike Garland to come on board in what were the beginnings of one of today’s most promising Western Australian boutique wine brands. Through our dedicated winemaking team’s extensive experience, the sourcing of the state’s best fruit and the family’s passion and commitment to quality, Castelli Estate’s wines hold the promise of something special.