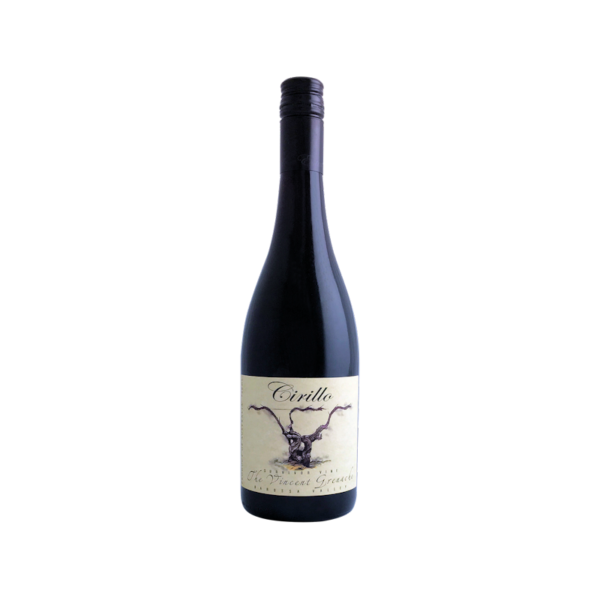 Cirillo The Vincent  Grenache 2019 has been produced from two, 100+ year old vineyards from the renowned Barossa Valley. The palate is generous with intense true varietal characteristics. It’s delicately rounded and generous. The mouth feel denotes the 90 year old Foudre barrels, where this wine has rested for 12 months -A superb Grenache that has a lingering finish. A wine that can be enjoyed now, or well into the future.

Cirillo The Vincent  Grenache 2019 has been produced from two, 100+ year old vineyards from the renowned Barossa Valley. The palate is generous with intense true varietal characteristics. It’s delicately rounded and generous. The mouth feel denotes the 90 year old Foudre barrels, where this wine has rested for 12 months -A superb Grenache that has a lingering finish. A wine that can be enjoyed now, or well into the future.