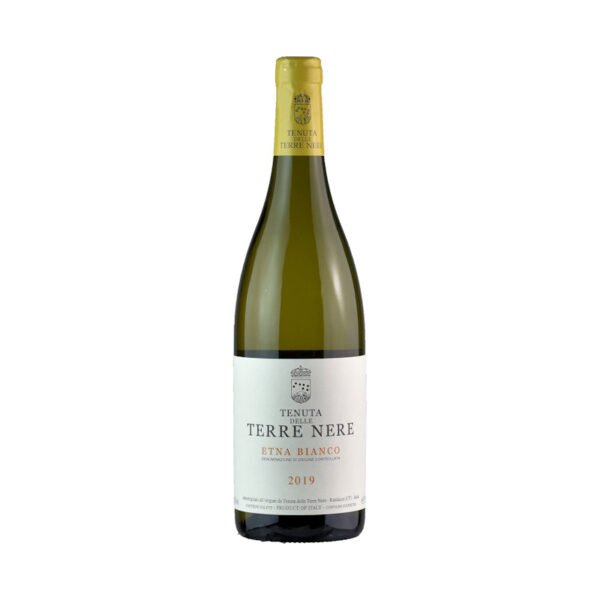 Tenuta delle Terre Nere is a Sicilian wine estate cultivating vineyards on the slopes of Mount Etna. It is a relatively young company, but is known for its high average vine age, including pre-phylloxera vines from which it makes exclusively DOC Etna wines. The varieties grown are all local Etna varieties with Carricante and Nerello Mascalese being the most important.

The estate’s first commercial vintage was in 2002. It has grown to encompass almost 35 hectares (86 acres) of vineyards in four different areas, as well as using fruit bought from local growers. All of Terre Nere’s vineyards are farmed organically and have been since the winery was established.

Terre Nere’s vineyards range from 1960-3280ft (600-1000m) above sea level, and are planted on steep slopes. The steepest gradients are closely terraced and need to be worked entirely manually. Many vines are approaching 100 years old and one parcel is more than 130, and was planted before the phylloxera epidemic of the late 19th century.

Tenuta delle Terre Nere makes two Etna Bianco wines, one a blend of Carricante, Catarratto, Inzolia and Grecanico, and one entirely from Carricante. Its Etna Rosso is blended from old and young vine Nerello Mascalese and Nerello Cappuccio. On top of this, the portfolio includes single-vineyard wines made from high-quality fruit from each individual cru, and aged in oak for up to 20 months. One of Terre Nere’s most highly regarded wines is a single-vineyard red wine from its oldest pre-phylloxera vines. It is named La Vigna di Don Peppino after the winemaker who tended the vineyard for more than seven decades. 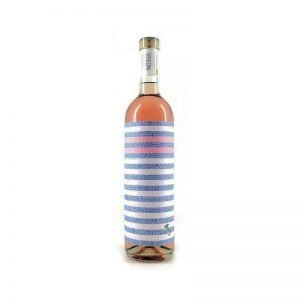 This wine has a copper tint with an intense, complex and  floral nose with red fruit. A soft and elegant palate is balanced with a persistent, long and fruity finish.

Cantina Orsogna is an award-winning Abruzzo cooperative specialising in native grapes of the region such as Montepluciano d`Abruzzo, Cococciola and Pecorino. Orsogna are committed to the biodynamic principles by which they make their wine and have many certified Demeter biodynamic wines.

Under the brand Lunaria, they support the activities of the WWF LIFE Euroturtles project to protect turtles in the Mediterranean. The aim of the project is to improve the conservation status of the EU populations of two sea turtle priority species, the loggerhead turtle CarettaCcaretta and the green turtle Chelonia Mydas. 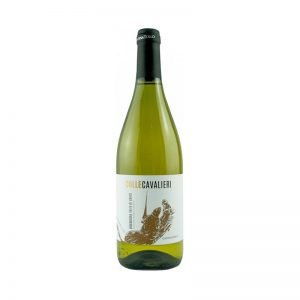 This high vigour, late ripening grape Passerina produces a straw-yellow wine with golden hues, a fruity and floral aroma, and a full and dry flavour. With good acidity, this grape lends itself to both sparkling and raisin wine processes.

Our vineyards extend over an area of more than 2.700 hectares, from the coastal hills to the slopes of the Maiella, in a typically Mediterranean climate, which is temperate with notable temperature fluctuations (both throughout the year due to the presence of the Maiella massif, as well as during the day) which give optimal conditions for the build up of aromatic compounds, producing high quality grapes. Our production exclusively focuses on typical and indigenous grape varieties of the region, cultivated in the traditional method on pergolas, with a pursuit of experimentation both in the field and in the cellar. 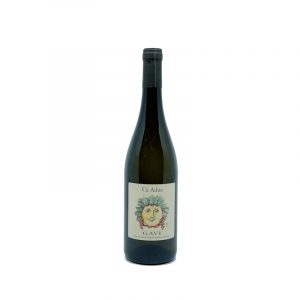 The Estate The winery is located in Rovereto di Gavi, in the heart of the historic area of Gavi D.O.C.G. of the Municipality of Gavi. The first bottles were produced in 1988 with the arrival of Marco and Roberto Gemme in the winery and tanks to the cooperation with the oenologist Gaspare Buscemi.
Fontanassa is an old fortified farmhouse from 16th century. Already in a sharecropping contract dated December27, 1634, the cultivation of white and red grape vineyards is mentioned. 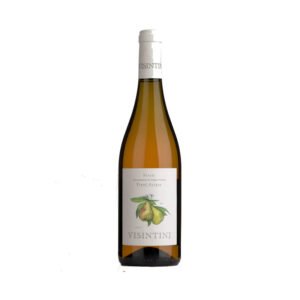 The Visintini Pinot Grigio 2019 is straw yellow with copper reflections. The perfume is rich acacia floral and fruity hints of pear and apple. The flavour is dry, full-bodied, fresh and fruity. 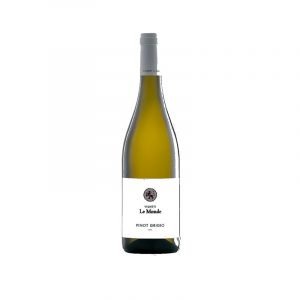 Fine and elegant with a sharp bouquet and persistent floral notes. Flavours of white fruit on the palate give distinct freshness and taste.

Ever since Alex Maccan purchased Vigneti Le Monde in 2008, he has had only one objective in mind – to breathe new life into it. When he purchased the Estate, the winery was in need of modern management driven by strong passion and based on a clear vision. Moreover, considerable investment was needed to upgrade the facilities, machinery and revitalise the land. Pursuing his dream of owning a winery in Friuli and having recognised the Estate’s enormous potential, Alex, with the support of his team, set about renovating Vigneti Le Monde with an energy and enthusiasm that gave him a new lease of life. The 100 hectares of vineyards, with some of the vines planted almost 40 years ago, feature a rich combination of clay and limestone, which differ from the more gravelly soils generally associated with the surrounding areas. For this reason, the soil at Vigneti Le Monde can be considered a genuine ‘Cru’.

The vineyards feature rich soil able to produce wines that age well and are managed using the Guyot and cordon spur method of training, the perfect system for producing high quality wines. In Friuli strict wine production techniques are still rooted in the local culture, which is invaluable for anyone who wants to produce high quality wines whilst respecting and getting the best from nature. The winery uses state-of-the-art technology that respects man and nature to consistently offer wines that are seductively simple and elegant. 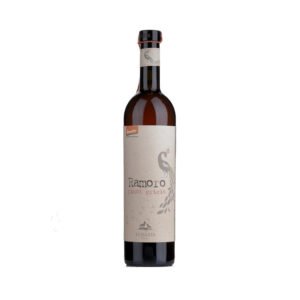 Copper color, the nose is intense, floral with yellow fruits. On the palate it is fresh, intense and fruity. 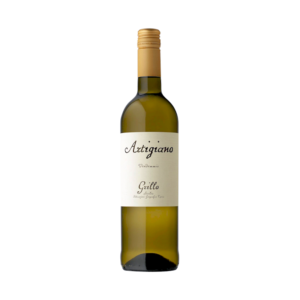 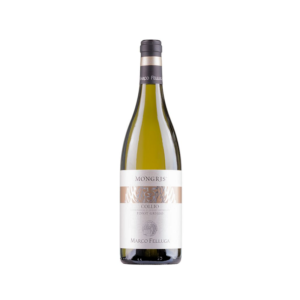 Marco Felluga Mongris Pinot Gigio  has an intense and immediate bouquet with pronounced hints of acacia flowers, broom and apple. In the mouth it is elegantly fruity and becomes full bodies, well-structured and has a remarkably long finish. 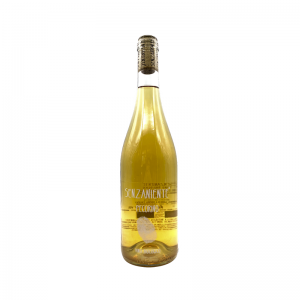 Tasting Notes
Inviting nose with light caramel and honey notes. A crisp and dry palate with a taut acidity giving tension and focus.
About Marina Palusci
Our fourth generation farm, tends vineyards and olive groves with heart, passion and soul in Abruzzo. We farm organically; repudiate the use of chemicals in the cellar; use only spontaneous fermentation by wild yeasts; no filtration or stabilisation – only Grapes
$30.35 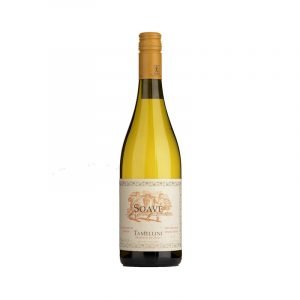 The Tamellini family has been cultivating vineyards for four generations, but it is only in 1998 that the two brothers Gaetano and Pio Francesco decided to found their own winery. They wanted to create something different, more noble, a unique Soave on the market. Since then Gaetano takes care of the growth and production of the vineyards and Pio instead transforms the grapes in the prestigious wine Tamellini. The trust in a wine produced as it was done at the origins in Soave, has created the particularity of our company. The garganega, Soave’s vine, and the non-use of barriques or large barrels has characterized the particularity of our wine right from the start. 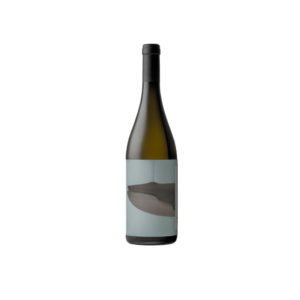 At 93% Trebbiano, this delicious white wine exposes the nose to delicate fruit, lemon zest, floral, and citrus notes. The palate is graced with flavors of pear, lemon, citrus, and slight herbal notes. Nicely balanced with a crisp medium finish. Pairs well with white meats in general, fatty and tasty, even with sauces as well as Risotto. Alcohol 12.0%. 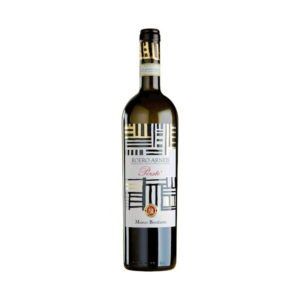 Marco Bonfante Roero Arneis 2017 – In the glass the Perste shows an intense straw yellow colour. It has a wide smell, fine with notes of peach and apricot. On the palate the greatness of this wine comes out, just as the structure and the minerality. It is bodied, smooth and fresh. The balance between the minerality, alcohol and acidity is also very good. 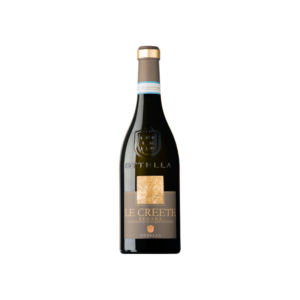 Colour: bright straw colour with greenish highlights.
Aroma: On the nose elegant and generous with a typical strong aroma. Scents of yellow peaches, acacia, lime peel and aromatic herbs that give way to mineral and salty hints with aging.
Taste: The sensation on the palate is of vitality and vivacious elegance enhanced by freshness. Well-balanced with good acidity and embracing softness.
Serving suggestions: excellent as an aperitif, it is delightful with fish dishes, shellfish and seafood. Very good also with white meat, salami and herbal cheese.